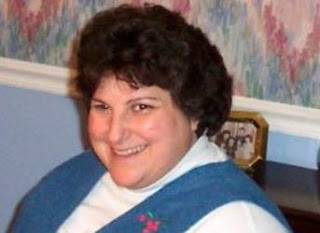 Today I'm delighted to welcome Crimson Romance author Nancy C Weeks to my blog.  Hi Nancy!  When did you first know you wanted to be a writer?

I think I have always wanted to be a writer but never thought it was something I could do. Honestly, I didn’t believe I was smart enough to write a book.  I don’t know why I had so little faith in myself. When I meet people now and hear my words coming out of their month, “OH, I could never write a whole book,” I give them a hug ― because I’m a big hugger — and tell them that they sure the heck can write a book if that’s their passion.

How did you come to start writing Romantic Suspense?

Since I love reading the excitement of romantic suspense almost as much as I love the romance, I decided to begin my writing career in that genre. I throw an element of supernatural into the suspense to add to the conflict and tension.

‘In the Shadow of Greed’ has both paranormal and hi-tech aspects to it – what did you do to research the different sides of the story? 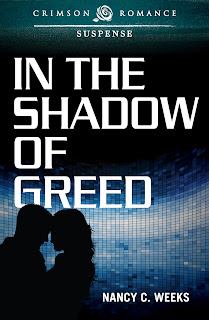 In the Shadow of Greed was a real challenge to write because I really don’t have a technical bone in my body. Here is a little secret you may not know about me. I hate math. Yep, seriously ‘piercing headache’ hate it and I’m really bad at it. LOL.

So how did I decide to create a character like my brilliant, Dr. Sarah Tu? Well, I guess I wanted to create a character that was different than me-very left brain, not only extremely intelligent, but a woman who was very comfortable being the world’s leading mathematician and cyber security specialist.

I do love research. In the Shadow of Greed had me living weeks in my research cave devouring IT science publications and goggling government law enforcements websites like the FBI for inspiration.  The wonderful character Sarah Tu developed into was such a joy to write.

As for the paranormal aspect of the story, that’s one part imagination and nine parts belief that the world is a very mystical, magical place. There are mysteries that we have yet to discover. Can a young woman’s soul trapped in a coma touch the mind of a stranger? Well, until you can prove to me it’s impossible, I choose to believe in the possibility of the concept.

Did you know from the start that there would be a sequel, ‘In the Shadow of Evil’, or did that come later?

I think every author has a story that lives in their head for years before they have take to plunge to try and write it down. For me, that story was In the Shadow of Evil - Jennie and Jared’s story which will be released 26 August. As soon as I finished the first draft, I was very proud of myself, but also a little lost. What now? What was I supposed to do? 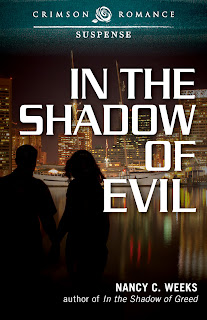 At the end of In the Shadow of Evil, a secondary character named Hanna Tu was left lying in a hospital bed in a coma. Something had to be done with Hanna’s story because it began to haunt me in the early hours of the morning.

Then a thought hit me. The oldest brother, Jared McNeil found his happy-ever-after with his heroine, Jennie McKenzie from the aftermath of a serial rapist’s attack on Hanna Tu. Where would that same incident lead the youngest brother, Jason McNeil? They both experienced the horror of Hanna’s attack.

I knew that if I had a second book in me, it would have to be Jason’s story because that story line was part of In the Shadow of Evil, but who was going to be the heroine? Was I going to wake Hanna up and allow her for fall in love with Jason?

After an extensive research into severe head injuries, that possibility just didn’t seem believable. So I created Hanna’s sister, Sarah Tu. Sarah may be a brilliant mathematician and very successful in her field of study, but her personal life is a real mess. Combining Sarah and Jason’s lives was a fun challenge, but the contrast made for some great conflict.

This is a very hard question to answer, but I’ll give it a try. If I had to sum up one message behind the Shadow series in a whole is that love will not only survive but flourish under the cruellest conditions. In the Shadow of Greed, Jason and Sarah are able to find their happy-ever-after despite the terror that my villain puts them through. Singer’s entire motivation was based on one thing, greed. Sarah and Jason’s life’s meant nothing to him as long as he got what he wanted. But despite his greed, Jason and Sarah’s love overshadowed the evil.

Earlier this year, you took on an A-Z challenge on your blog.  Do you enjoy a challenge, and what aspect of your writing have you found the biggest challenge?

Yes, I did enjoy the A-Z challenge, but it really was a challenge to post a new, hopefully exciting blog post every day. I created my blog to dip my foot into the world of promotion. I needed to establish my name and brand as a writer. What happened next was very surprising. I actually love blogging: sharing bits and pieces of my life, how I feel about things, promoting people, who like me, have dreams they are working every day to achieve.

Which brings me the second part of this question: what aspect of my writing I find the biggest challenge? Well, hands down, the hardest thing about being a writer is PROMOTION. Talk about dragging myself out of my comfort zone...

In a perfect world, I would just give my book away to anyone who would like to read it because that is why I wrote it.

I’m very proud of both In the Shadow of Greed and In the Shadow of Evil, and getting my name and book in front of the reader is hard work, but very necessary. Today, there are so many different avenues to purchases books, Amazon being only one venue. It is so easy for my books to get lost in the volume. It is up to me to make sure I do everything I can to keep that from happening.

What aspect of writing a book do you enjoy most?

Easy question. I love the writing. Nothing makes me happier than a day where I have nothing to do but hide in my writer’s cave and allow my mind and fingers to disappear into the world I have created and see where the story takes me.

YES! I love The Emotion Thesaurus: A Writer’s Guide to Character Expressions by Angela Ackerman and Becca Puglist.  It’s imperative that writers learn to use their senses in their stories to draw out emotions in their readers. This book was a godsend for me.

You can find In the Shadow of Greed here:

In the Shadow of Evil is up for pre-order on Amazon here: http://amzn.to/16GHKgS

BONUS QUESTION: You come from Maryland – does Maryland really have the best cookies?

Funny you should ask that question. I really don’t know if Maryland is famous for their cookies, but I’m famous for mine. I don’t bake pretty...but I do bake a dang good cookie.

Stephanie, thank you so much for having me on your blog. This has been so much fun.

Thanks, Nancy.  It’s been a pleasure having you to visit.