When and how did you first become interested in writing?
I’ve written for almost as long as I’ve been reading and I was a fairly confident reader when I was four! I got my first ‘proper’ book when I was five and it was called The Wishing Chair by Enid Blyton. I started by making up more stories about characters I liked or rewriting endings in my mind when I didn’t like the author’s. It was a kind of fan fiction I suppose. By the time I was in my third year at primary school I was writing short stories that were entered into National story writing competitions. So from about the age of seven I don’t think there was ever a time when I wasn’t writing stories or at least making them up.

The four stories in Love Bites are very varied, with contemporary, historic and paranormal elements.  Besides the fact they're all erotic fiction, what else would you say they have in common?
All four stories are about the protagonists having to come to terms with something that challenges them and perhaps changes their view of themselves. For example in Elevator Magic Cass has to come to terms with the fact that she has fallen in love with two sexy men. I don’t want to give any spoilers so I won’t say anything else except that each heroine has something to learn about who she is capable of loving and what her boundaries are.

One of the stories is set in Greece, a favourite setting for romance writers.  What drew you to it, and do you have any advice for writers who want to set a story in an exotic location? I love Greece and the generosity of its people and there’s an air of mystery to it. It’s so ancient that it feels like anything can happen. It has a rich historical and cultural heritage and it’s also so varied in its geography that you can go from sea to mountains in the blink of an eye almost.
Greek heroes are also very sexy and when they’re hot Greek Gods and two have their eye on you… well I leave that to your imagination (or you could read my story).
If you are going to use exotic locations then I’d say make sure you do your research properly. It’s so important and now with Google and other sites it’s possible to see things almost first hand and it’s so easy to do in an instant from your computer.

What’s the best piece of writing advice you’ve been given?
Write every day and never give up. Such simple advice yet so hard to follow. It’s still not something I’ve fully mastered even though I keep trying. By keeping that advice at the back of my mind I’m much better at being a productive writer.

Tell us a bit about yourself. 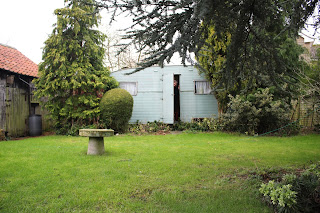 I’ve been writing pretty much since I was able to read. I juggle charity fundraising, family life and writing with varying success. My children have mostly flown the nest and I live in a small village in North Yorkshire, England with my husband and some chickens. I write in an old caravan in the garden where I can’t be tempted to procrastinate on the internet.

Where can readers find you and your books?
I have a facebook page called Queenie Black Author: https://www.facebook.com/queenieblackauthor/ and I can also be found on Twitter @queenieblackwr1

I’m selling on Amazon only at the moment and the collection is available for sale in most Amazon stores and on Kindle Unlimited. The link below should take you through to your country’s Amazon store whichever county you’re in.
http://viewbook.at/lovebites