April 06, 2016
Celebrate the Audiobook Edition of The Cavanaugh House with this Giveaway

GIVEAWAY ALERT: Enter to win a $25 Amazon Gift Card below! 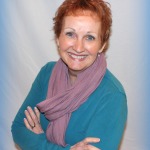 Welcome, Elizabeth!  When and how did you first become interested in writing?

I was smitten with writing from the time I could hold a pencil and scrawl nonsense scribbles on paper. Mrs. McGrath, my third grade teacher, told me I was a very good writer and that affirmation launched my love of words. My first poem was published when I was a high school sophomore, and I wrote for our high school newspaper. I majored in English and minored in Journalism in college, and I wrote for my college paper. On a dare, I wrote a romance novel. Eventually, it became my first published book.


'The Cavanaugh House' isn't a traditional romance - what makes it different?

One convention of a traditional romance is scenes that alternate between the heroine’s and hero’s point of view. The Cavanaugh House is told in limited omniscient point of view through my heroine Jesse. So the only way we know what Joe, the hero, is thinking is through his words or Jesse’s observations of his facial expression or body language. Other than POV, it’s a pretty conventional romance—they meet and fall in love, there are complications, they are separated, they reunite, a happily ever after ending. 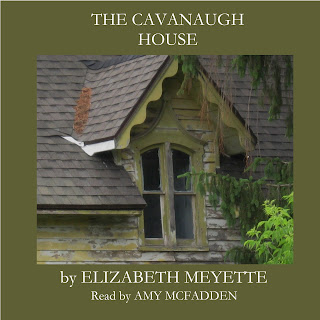 It's just been released as an audiobook - what is it like hearing your story read?  Does it sound as you imagined?

As I began to listen to Amy McFadden narrate my story, I got teary-eyed. It was overwhelming. Those were my words! Someone was reading my words! My husband Rich walked in and gave me a hug—he totally gets it. Amy warned me that my characters would not sound like they had in my head all the time I was writing the book, and I was grateful that she said that. But even though some of them didn’t sound like I’d imagined, Amy nailed it, especially with Jesse. I was thrilled.


Who are your favorite romantic authors?

My older sister introduced me to Victoria Holt and her gothic novels when I was in high school. I devoured them all. Of course, now I read Nora Roberts and Diana Gabaldon. I’ve been reading romances by authors I’ve come to be friends with, but I’m afraid if I only name a couple I will miss someone J. I especially love historical romance and romantic suspense. Oh, and Shakespeare—there’s lots of romance in his works LOL.

I have to admit that I like some romance in any genre I read. Mystery is my favorite, so I love Janet Evanovich and Patricia Cornwell. I’ve read every mystery Agatha Christie wrote, and love Sherlock Holmes and other British mysteries. I also like paranormal, fantasy and some sci-fi. I used to teach high school English, so of course I love the American classics. To Kill a Mockingbird is my all time favorite, but I love The Great Gatsby, Dandelion Wine, even The Grapes of Wrath!


Janet Evanovich always makes me smile, and I love a good mystery too.  To Kill a Mockingbird is a great book as well - I so admire Harper Lee's writing.  Speaking of writing, what’s the best piece of writing advice you’ve been given?

HOKBIS. Hands on Keyboard; Butt in Seat. There is no other way for this to happen, my friend.

This house held secrets.  Secrets that wafted through rotting window sashes on the winter wind.  Secrets that spiders wove into webs anchored between the ceiling and walls. Secrets that scuttled on the feet of cockroaches across stained kitchen linoleum and scurried into its cracks. Secrets that peered from holes in the baseboard from glinting mouse eyes. This house held the secrets close to its bosom where they had slept for decades. No one had disturbed these secrets in all the years the house sat decaying from neglect. There was no reason to, and there was no desire.

When Jesse Graham unlocks the door to the deserted house she inherited from her Aunt Helen, she doesn’t realize she’s unlocking secrets that had lain dormant for years. Reeling from a broken engagement to acclaimed musician Robert Cronmiller, Jesse wants to leave the city where her name is linked to his in all the society pages. Her best friend Maggie, aka Sister Angelina, convinces her to take a job at a private girls’ school in the pastoral Finger Lakes region of upstate New York. Anticipating a quiet, revitalizing life in her aunt’s deserted house, Jesse is instead thrown into a maze of danger. Questions about her aunt’s death lead Jesse to investigate events surrounding it and the people involved, but she uncovers a web of deceit that reaches far beyond the occurrences of over two decades earlier. Still dejected from her broken engagement, Jesse finds it difficult to trust anyone, even her self-absorbed mother. Joe Riley is irresistible, but secrets obstruct involvement with him until Jesse can solve the secrets of the Cavanaugh House. Someone doesn’t want those secrets unearthed and will stop at nothing, even murder, to keep them hidden.

Thank you for inviting me to your lovely blog today, Stephanie. Readers can find me and my books at the following:

My audiobook version of The Cavanaugh House is available on:

I love visits, and you can find me at