April 05, 2017
This week I welcome Cait o'Sullivan to talk about the book I wish I'd written, Taming the Tango Champion.  Isn't that a fabulous title!  Cait, would you like to share the cover and a bit about the book? 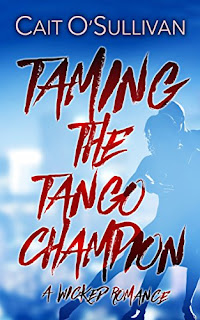 There’s passion on the Dance Floor

On return from a trip around the world, TV presenter, Ava Whittaker, has a baby by Matthias de Romero, Argentine Tango champion, hacienda owner, and the man she loves. The problem? He doesn't know.

Fast forward two years, and Ava reluctantly agrees to be a contestant on a new dance show on TV, but to her shock, Matthias – the man she never expected to see again – is one of the judges.

Matthias de Romero is leaving his beloved stallions in Argentina to assuage his pride. Two years previously, the one woman he thought he could care for walked out on him after just one glorious night. He arrives in London ready for revenge.

Will Ava’s secret cause their intense feelings to burn out, or fan further the flames of love?


“Ava, wait until you hear what I’ve got for you… The pilot of a new dance show, To Dance or Not to Dance.”


Ava Whittaker choked on her cup of tea, dropping the phone in her fluster. Her agent must have gone mad if she thought this totally preposterous idea was anything but. She picked the phone back up and caught it between her ear and shoulder to clear away the lunch dishes.


So what does she do? What would you do? Ava is a single mum on maternity leave from her job as breakfast television presenter…she has been out of the spot light for nearly three years, travelling for the first and oh…guess you need to buy the book to see what happens. Then again, my favourite passage might give you a hint:


“Ah, good.” Daniel raised his voice and held his hand up to beckon someone over. “Matt managed to make it. We're over here, Matt.”


Ava shook, the bubbly in her glass held halfway to her mouth mimicking the tremors running through her. For pity’s sake, get a grip. A tingling sensation accosted the base of her spine. Matthias had no reason to be in London to judge a dancing competition.


But he was a dancer…


She grimaced to herself, making a mental note to get out more. Jeez, the first time she left the house and look what happened, imagining every man was Matthias. Perhaps her ability to socialise had been stunted from the time spent in the safety of her own home. Maybe her brain was a stuck record. Oh, who knew…


Ava stepped back from the circle to allow space for the newcomer, and maintained a tighter grip on her shaking glass. Her heart hammered as though someone had put it on loudspeaker. Keeping her eyes downcast, she felt a presence loom closer. Apprehension squeezed her heart. She drew a shuddering breath, a breath which told her all she needed to know. The tantalising smell of dark amber and spices sent her nerves sky-high. Daunted, she closed her eyes to the flickering images of her and Matthias in the firelight, until she summoned the courage to open and take him in.


Wide shoulders encased in a white silk shirt, opened at the neck. The sleeves, rolled to his biceps, enhanced the muscles defined beneath the sheer material. Black, fine wool trousers hugged a tapered waist, and while the light silk of his shirt did nothing to disguise the six-pack, the thin fabric of his trousers showcased the powerful thighs honed by years of breaking horses.


Shivers raced up and down her body, and she fought against leaning closer to him.


The first time she met him, she’d been in a heap at his feet, having just fallen off a horse on his ranch. Her weakened legs now threatened to put her in the same position once more. Swallowing hard, she summoned her courage and raised her chin.


Glacier eyes met hers. The gold flecks hadn’t been imagined, but the temper crackling from the steady green gaze made her jump, spilling champagne. The last time she’d looked into his eyes, they had held nothing but passion; she had been the most beautiful girl in the world. That memory slipped away shyly under a new contemptuous glare.


Matthias de Romero was in town. 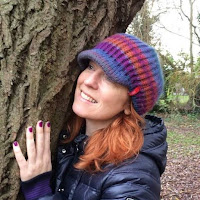 Tell us about yourself, Cait?

There is a lot of me in Ava, I travelled the world on my own but no, didn’t make passionate love with a hot Argentine rancher deep in the Andes. But falling in love when I travelled was something I was so conscious not to do—for the very reason that Ava leaves in the first place. Love across continents is no easy thing, and I would’ve done the same as she.


You can generally find Cait when she’s not in her writing cave or hanging around her favourite spots in nature somewhere on the internet: