Showing posts from February, 2015
Show All

The Spirit Rebellion by Rachel Aaron My rating: 4 of 5 stars I came to this book without reading the first in the series, but it was immediately easy to follow and enjoy the fast-paced story. I’ve wanted to read a novel by Rachel Aaron since I came across her brilliant writers’ blog and how-to-guide, ‘from 2k to 10k’.  Could writing at speed really result, as she claimed, in compelling stories and flowing prose, or would the speed show up in the form of poor plotting or sloppy style?  Well, since coming across The Spirit Rebellion (book 2 in a series featuring the incorrigible thief Eli Monpress), I have my answer.  Despite the very occasional typo, The Spirit Rebellion is a superb story, well written, and I would have been proud to have produced it at any speed. Eli Monpress is an entertaining character: a roguish wizard with a penchant for befriending waifs and strays, and accumulating priceless artefacts. Miranda, apart from being a Spiritualist, is more of your average gir
Post a Comment
Read more

Book Review: A Conspiracy of Alchemists

A Conspiracy of Alchemists by Liesel Schwarz My rating: 5 of 5 stars I think I bought this at the Romantic Novelists' Association conference in Sheffield, which means it's been sitting on my shelf an embarrassing eighteen months.  What finally prompted me to read it was my sudden fascination with steampunk, which resulted from being introduced to Lindsay Buroker's excellent 'Emperor's Edge' series.  Like the 'Emperor's Edge' series, 'Conspiracy of Alchemists' combines charming whimsy with darkly gritty realism. Pilot Elle Chance wants nothing more than to fly her airship in peace, but when she agrees to ship a mysterious box back from Paris to London, she finds herself dragged into a dangerous quest to thwart the Alchemists’ plans for world domination. Throw in a mysterious stranger, a pocket absinthe fairy and a trip aboard the Orient Express, and you have the recipe for the ultimate magical mystery tour. The historically realistic
Post a Comment
Read more

Six Sentence Sunday: A Taste of Something New

February 15, 2015
In this week's snippet, a casual conversation over doughnuts (or donuts, for the benefit of the US market), leads Sal to get a taste of a new experience.  She wishes she knew what it felt like to be beautiful (at least, beautiful in a conventional, model-like way, since to Wulf she's already beautiful). And, of course, her own personal genie is happy to oblige.   They walked and ate in silence as they approached the narrow door alongside the shop entrance.  Sal was surprised to see someone coming out of the building, also licking donut sugar off her fingers, despite being far too skinny and lovely to seem the type to go for junk food.  And beside her was... the most beautiful man Sal had ever seen.  With familiar violet eyes and dark flowing hair. She looked down at her fingers.  So did the woman in the doorway.
Post a Comment
Read more 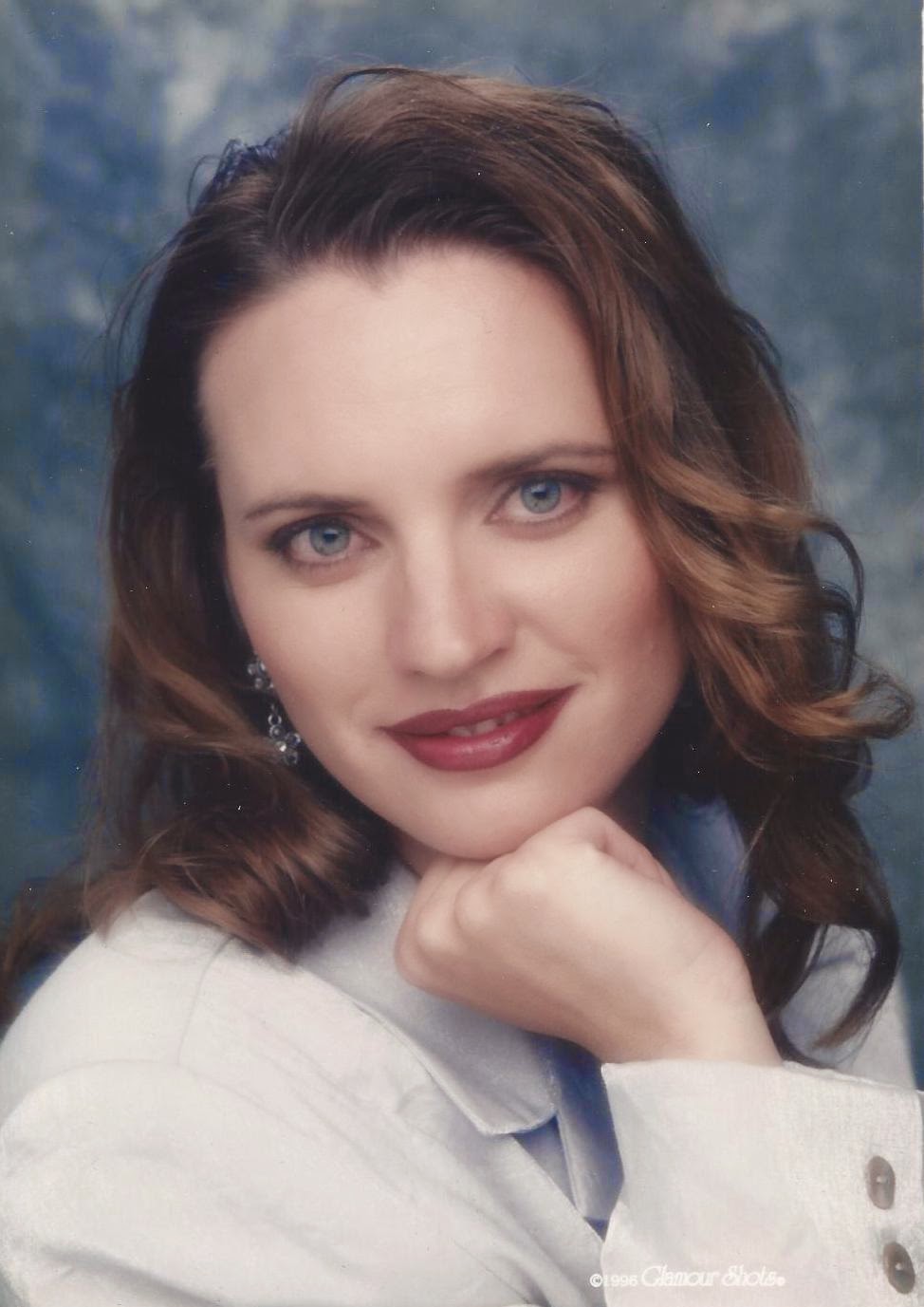 Today I am hosting fellow Crimson Romance author Zrinka Jelic.  Make sure to read to the end, as Zrinka is kindly offering an ecopy of Rose of Crimson or one of her other books to one lucky commenter.   Welcome to my blog. I’ve never met a Zrinka before! Is it a Croatian name?   Thanks for having me on your blog today. It’s a pleasure to be here. Yes, Zrinka is a Croatian name. It comes from an ancient noble family Zrinski. That last name still exist in Croatia, but the descendants are no longer nobles or they never been. During Feudalism serfs often assumed or were given their masters’ last name as a stake or claim on their lives. You live in Canada now. Do you make use of your different travel experiences in your stories? Yes, for over twenty years now I’ve been calling Canada my new home. I always use experiences from my travel in my stories, however sometimes readers have a hard time believing certain things, like you cannot rent a car with automatic gear shift ev
10 comments
Read more

Yesterday People: Book 3 of the Past Life Series by Terri Herman-Poncé My rating: 4 of 5 stars Yesterday People is the first book I've read in the Past Life series and I was a bit concerned that I would be confused starting at book 3, but the author does a great job of feeding in exactly the information you need, from the gripping, terrifying beginning, through all the twists and turns of the present-day story and the snippets of the characters' past lives. You don't need to believe in reincarnation to enjoy the clever interweaving of history and reality as the lives of the central characters play out a situation that has evolved over centuries. David Bellotti is an appealing hero who cares deeply for his partner and his daughter, and often makes the wrong decisions, but always for the right reasons. Lottie, too, is a believable, likeable character, though at times I lost sympathy with her a little when she found herself unable to resist the draw of the third person
2 comments
Read more

February 08, 2015
Six sentences from Djinn and Tonic in which Sal is more than a little confused.  She asks Wulf what's going on and he responds in typically cryptic fashion... “We go to beach.  You wish it.  We here.” “How come? I've wished a lot of things before. I wished to be a millionaire, and I'm still skint.  I wished that blond bitch on my course would fail and come out in boils, and she graduated with honours and just made the cover of Vogue.  And I wished for a perfect model...” Oh!  That was the first wish to come true, when Wulf walked through the door.  So had some kind of a personal genie appeared overnight, and forgotten to mention it was granting her three wishes? Things like that didn't happen.  Especially to invisible photographers surrounded by beautiful people.  If things were going to happen, they happened to people like Christina and Harriet and Simon, not to her.
Post a Comment
Read more

Book Review: When God Was a Rabbit

When God Was a Rabbit by Sarah Winman My rating: 5 of 5 stars A wide-ranging story which could easily have taken the Austen-esque subtitle 'Love and Friendship'. Elly's relationships with her brother and best friend are at the heart of the story, but the backdrop of the story takes in many major events spanning several decades. From the death of Princess Diana to the fall of the twin towers, events are filtered through Elly's unique perspective. This is a rare story which is truly character driven yet remains totally absorbing even without a complex plot. This is mainly down to the fantastically drawn family relationships, but also the gentle, wry style of writing. Oh, and there's a rabbit. Called God. View all my reviews
Post a Comment
Read more

Six Sentence Sunday: A Trip to the Beach

February 01, 2015
Last week I started revising a paranormal story called 'Djinn and Tonic' and introduced you to the heroine, Sally, a photographer, and the hero, Wulf, a djinn, or genie.  This week, Sally makes a casual wish to get away from it all, and gets a bit more than she bargained for.   Wulf took a step towards the door, and then another, and she found herself hurrying forward, feeling pulled faster than the movement of her feet suggested.  At the threshold, she stumbled, and she let go of his hand to catch herself against the door frame.  It wasn't there. “What the...?” This was too weird for any normal swearword to do it justice.  Instead of bruising herself against the door frame, she'd tumbled forward, through where the wall should have been, and landed sprawling in warm sand.  She looked around for the studio that should have been behind her, and thought she caught a glimpse of black spinning off into the distance, but now there was nothing to see but the rolling
2 comments
Read more
More posts