Cover Reveal - Echoes of the Past

January 07, 2016
Iris Blobel is a new-to-me author, although a quick look at her Amazon page reveals that I've been missing out for some time, and I look forward to catching up on her romances, set in one of my favourite places - Australia.  Her next book, Echoes of the Past, is due out in February, just a few days before my sweet paranormal romance, Djinn and Tonic.  The cover for Echoes of the Past is now being revealed, and it's every bit as beautiful as Iris' others. 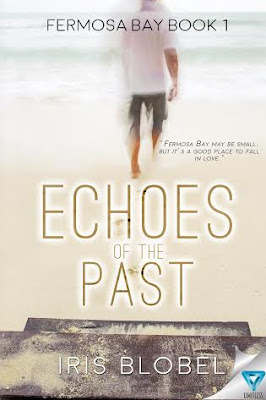 When her childhood friend, Connor Walsh, returns home to see his ailing father, Emily is elated to be reunited with the handsome man who moved to London so many years ago. But excitement fades to disappointment when he doesn’t remember her—or their first kiss. With her crush on Connor still in full swing, she’s determined to enjoy the short time he’s in Fermosa Bay, even though she knows her heart will break when he returns to his life in London.

When Connor receives news that his biological father is terminally ill, he returns to Fermosa Bay, Australia.

With memories of his childhood tucked fondly in the back of his mind, returning to the small, coastal town leaves him to wonder how life would have been if his mother had never taken him away. Would he have been married and had children? Perhaps with Emily Bradshaw…

Secrets from long ago begin to unfold…

As Connor and his father grow closer, Connor learns his parents have a broken love story of their own. Will the echoes of the past lure him into staying, maybe for good? Or will he relive his parents’ tragic story and flee to London?

Walking away from a real chance at true love…

MEET THE AUTHOR: Iris Blobel was born and raised in Germany and only immigrated to Australia in the late 1990s. Having had the travel bug most of her life, Iris spent quite some time living in Scotland, London as well as Canada where she her husband. Her love for putting her stories onto paper has only emerged recently, but now her laptop is a constant companion.

Iris resides west of Melbourne with her husband and her two beautiful daughters.

Next to her job at a private school, she also presents a German Program at the local Community Radio. 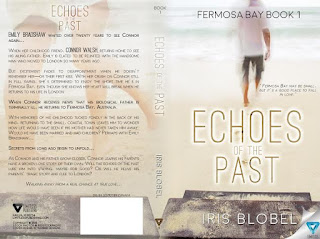 Australia cover reveal Echoes of the Past Iris Blobel