Questions for your Characters at the Book-in-a-Week Blog

May 23, 2013
Could you use a few tricks for getting to know your characters in a deeper way?  If so, join me over at the Book-in-a-Week blog, where this month I'm talking about questions you can ask your characters, from the pretty obvious to the slightly bizarre.  As well as my five favourite questions, I also share a nifty trick for making use of the media. 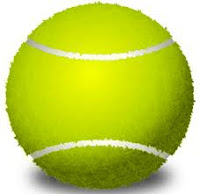 By the way, these tricks aren't just theory: one of them provided a whole new plot strand to my work in progress, 'Desperate Measures' (full marks to anyone who guessed it's a sequel to my first published novella, 'Desperate Bid').   I asked the question, 'What's in the hero's desk drawer?' but instead of answering it directly, I played it out as a scene in which the heroine is sneaking a look at his desk while he's out of the office... and gets caught.  She's initially puzzled by one of the items in the drawer - a signed tennis ball - but all becomes clear when she finds out the identity of the hero's estranged father, and the reason they're not speaking.  Intrigued?  I was!